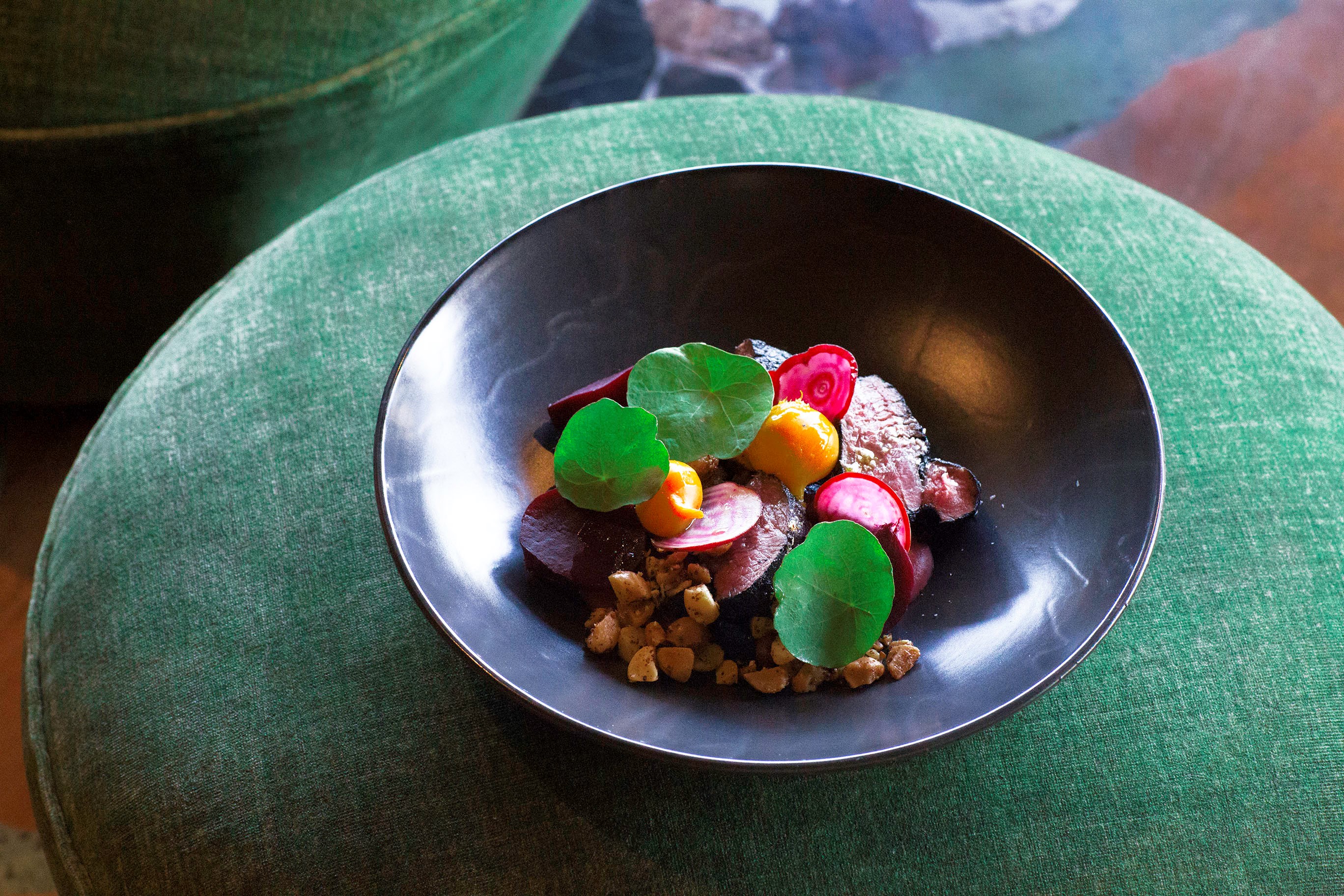 Good Food Month has always been about celebrating the best of Canberra’s dining scene, and this year we are ecstatic with the incredible quality of restaurants joining Australia’s largest food festival.

Here’s our selection of just a few standout events for Good Food Month from some of Canberra’s hatted, soon-to-be hatted, and cult favourite restaurants. With events happening all through March, check out goodfoodmonth.com for all the details and to book your special food event!

Let’s Do Lunch
Temporada – Temporada is Canberra’s hatted restaurant by the very talented Ben Willis, who also works his magic over at the two-hatted Aubergine. Temporada, meaning season, is a fresh, fun, contemporary restaurant and bar that, as the name suggests, focuses on regional produce. If you haven’t yet had the joy of experiencing Temporada, or it’s time for you to visit again, Let’s Do Lunch is the perfect occasion to sit back and relax, and enjoy a special Good Food Month two-course lunch menu, including a glass of wine for just $45.

There are two of these special dinners – one at TERRA (Wednesday, March 6) and one at Temporada (Tuesday, March 19). A special two-night collaboration between two of Canberra’s favourite food spots; the produce kings over at the bustling and beautiful Terra (6 March) and Ben Willis’ hatted hometown favourite, Temporada (19 March), will offer a set menu with matching wines,  specially designed by the chefs to celebrate Good Food Month. 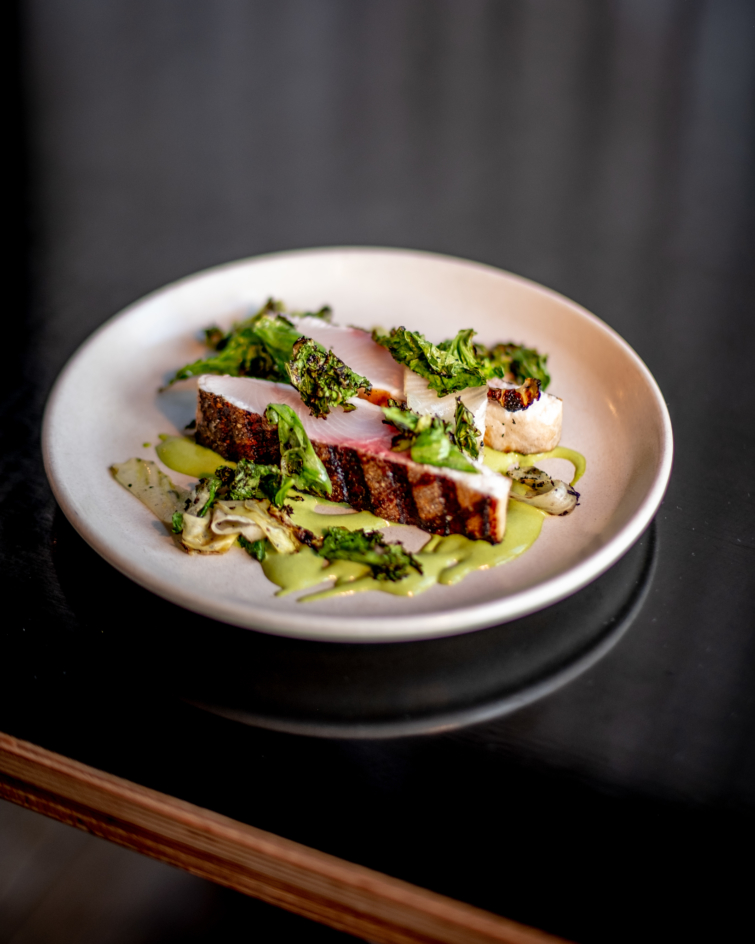 Going strong for nearly six years now, Eightysix has been a favourite to local foodies and interstate travellers, and for good reason. This Good Food Month will see chef Gus Armstrong turn his deft hand to brunches every weekend in March.

Courgette | A Taste of Courgette: 12-3pm every day

This hatted Canberra restaurant is an absolute must for any food lover. For Good Food Month, they will be serving up a stunning four-case tasting menu that best showcases Courgette’s love of simplicity and freshness.

Temporada is brought to Canberra by Ben Willis, the genius behind the two-hatted Aubergine, and his right-hand man, Chris Darragh. The Burger + Beer Power Lunch offers up Temporada’s tastiest wood-grilled, grass-fed cheeseburger, and a tap beer for only $24. 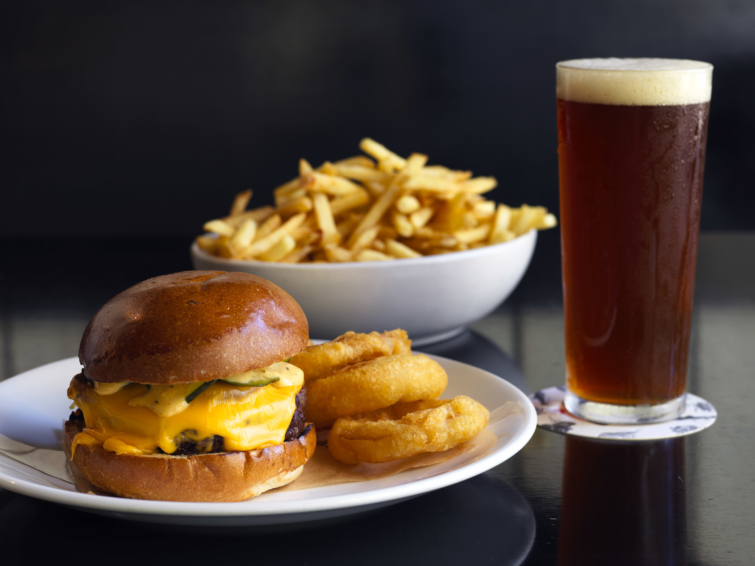 Chef Andy Burns of Wollongong’s Babyface is coming to Canberra for one dinner and one lunch to collaborate with Pilot’s chef Malcolm Hanslow. Babyface epitomises what is happening in the modern Australian kitchen, with sustainably sourced aquaculture and the highest quality cuts of meats prepared in their legendary onsite smokehouse. Chef Hanslow, who was shortlisted as one of the Josephine Pignolet Young Chefs of the Year, brings his skills from working at hatted restaurants such as Oscillate Wildly, Ester and Automata to this slick venue. 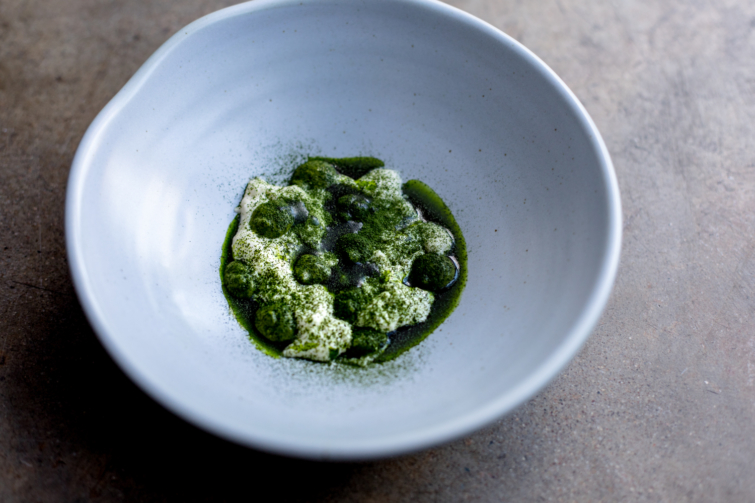 This special event focuses on how to live a sustainable life in Canberra, hosted by Canberra favourite, Parlour, situated in the bustling cultural precinct New Acton. Guests will be treated to a stunning three-course degustation menu featuring local and seasonal produce, together with interesting and engaging talks by Canberra-based environment and sustainability industry leaders.

Good Food Month is celebrating the launch of Canberra District’s Wine Week with more than 50 wines on offer at the annual Wine Tasting event – hosted in the beautiful courtyard at New Acton. From 2pm to 6pm, guests can collect the Canberra Wines ‘Tasting Glass’ and embark on a taste of our ‘liquid geography’. 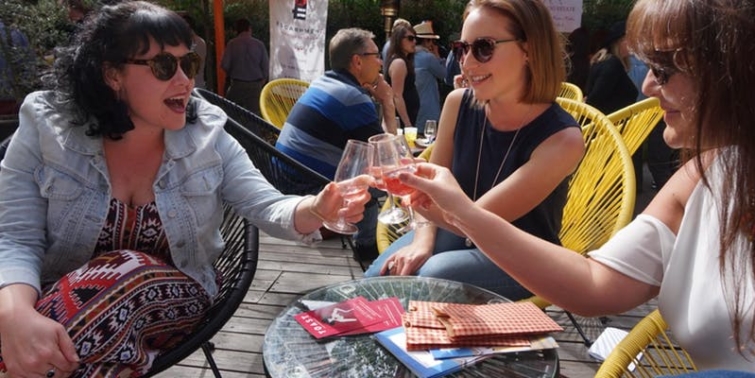 A one-off spectacular night to celebrate the mastery of Cheong Liew’s incredible cooking through an evening of canapes and a four-course dinner with matched wines. Good Food Month chef Adam Liaw is such a fan of chef Liew’s cooking that he asked him to be a guest on his television show. Chef Liew has been honoured as one of the ten hottest chefs alive by the prestigious American Food & Wine Magazine, and inducted into the Hall of Fame in the World Food Media Awards. He was also awarded the Medal of the Order of Australia in the 1999 Queen’s Birthday Honours “for service to the food and restaurant industry through involvement in developing and influencing the style of contemporary Australian cuisine.” 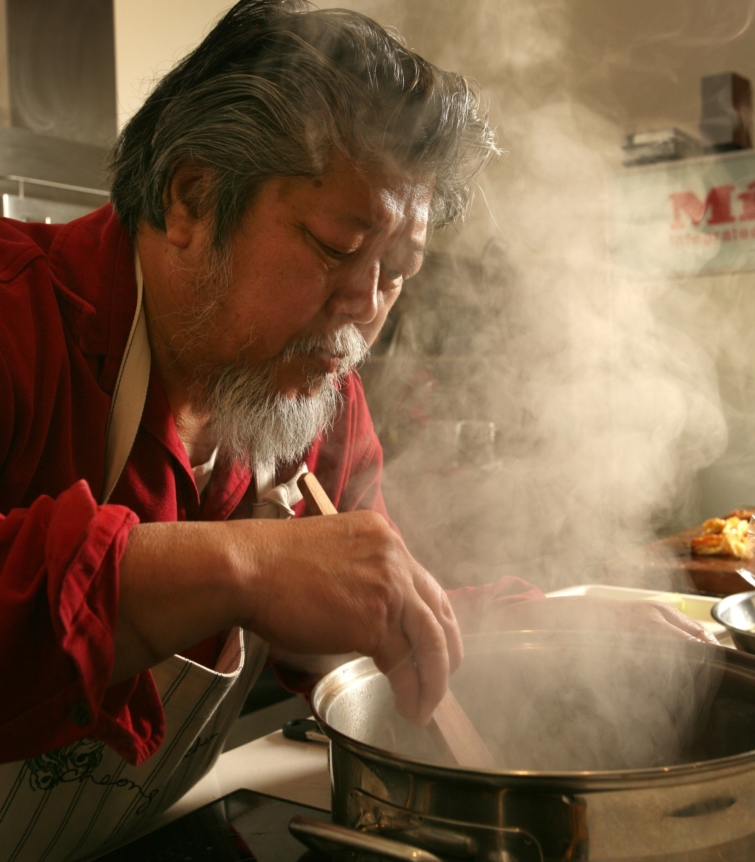 Sage believes that everyone should have access to good food, so for Good Food Month, they are excited to be partnering with Australia’s leading food rescue charity, OzHarvest! Between the 5th and 9th of February, Sage Dining Rooms will be donating 25% from each meal sold to help bring good food to those who need it most. 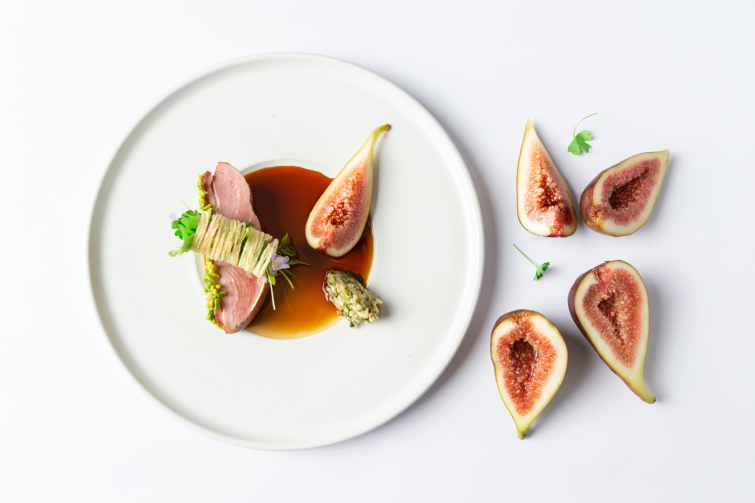 Where the French Saloon meets the Monster! This is an incredible collaboration, resulting in a spectacular four-course menu and canapes designed by Ian Curley of French Saloon and Daniel Flatt of Monster Kitchen & Bar. Each superb course will be served with matching wines by winemaker Matt Harrod from Curly Flat wines. 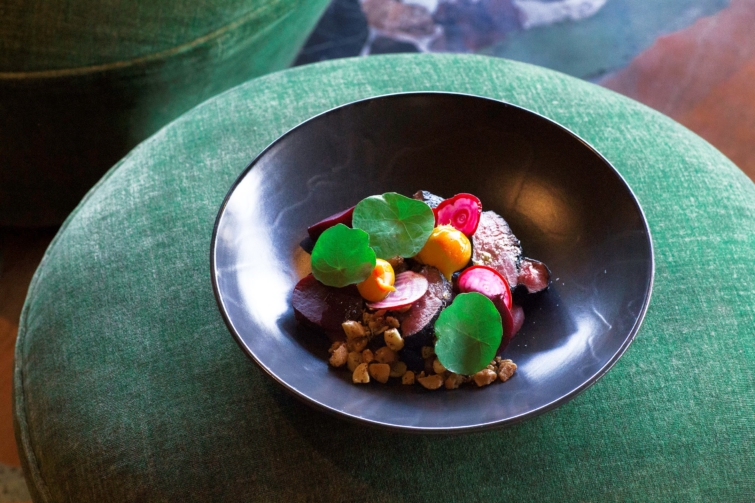 Capitol Bar & Grill are inviting QT Executive Chefs from around the country to join forces and create a four-course feasting menu and collision of flavours that is built to share. Exclusively designed and served by QTs chefs, the menu will feature dishes from QT Sydney’s Michael Box, QT Perth’s Nic Wood, and QT Canberra’s Josh Smith-Thirkell. This exclusive dining experience will be matched with wines from the award-winning Canberra cool climate wine district. 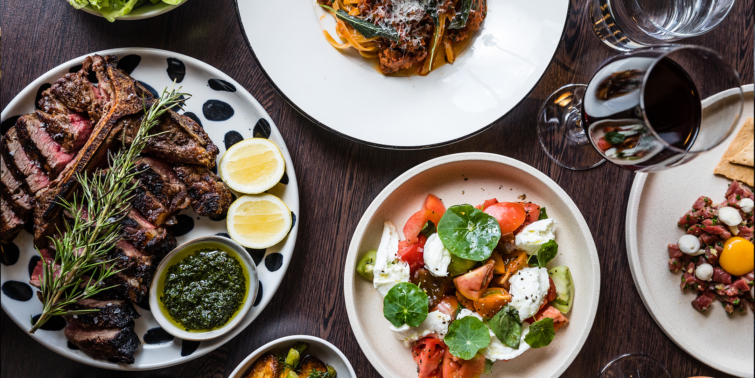 Les Bistronomes is offering a fabulous 5 courses degustation in honour of the late, great world-class chef, Joel Robuchon. Chef Robuchon was named “Chef of the Century” by the guide Gault Millau in 1989, and was awarded the Meilleur Ouvrier de France in cuisine in 1976. He held the highest record of Michelin stars of any chef in the world – a total of 32 (31 at the time of his death). His effect on chefs and cooking methods around the world was unimaginable.

Whether you’ve been meaning to tick one of these incredible restaurants off your foodie bucket list, or revisit a favourite, book now for one of these amazing food experiences. Good Food Month is proud to bring Canberra and its visitors the best in dining across all of these restaurants – and more – during March. Check out our website for all events.

Keep up to date with Good Food Month by checking out goodfoodmonth.com and don’t forget to share your photos using #goodfoodmonth. 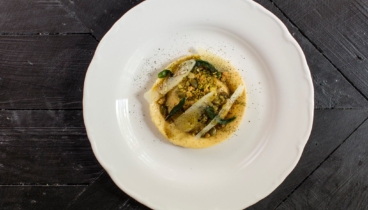 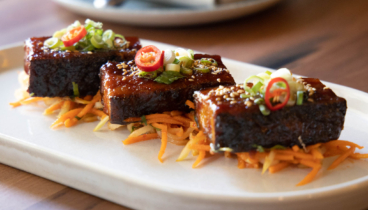 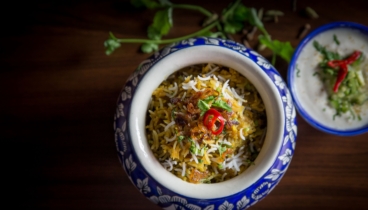 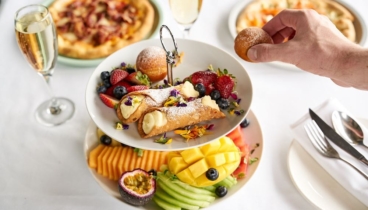