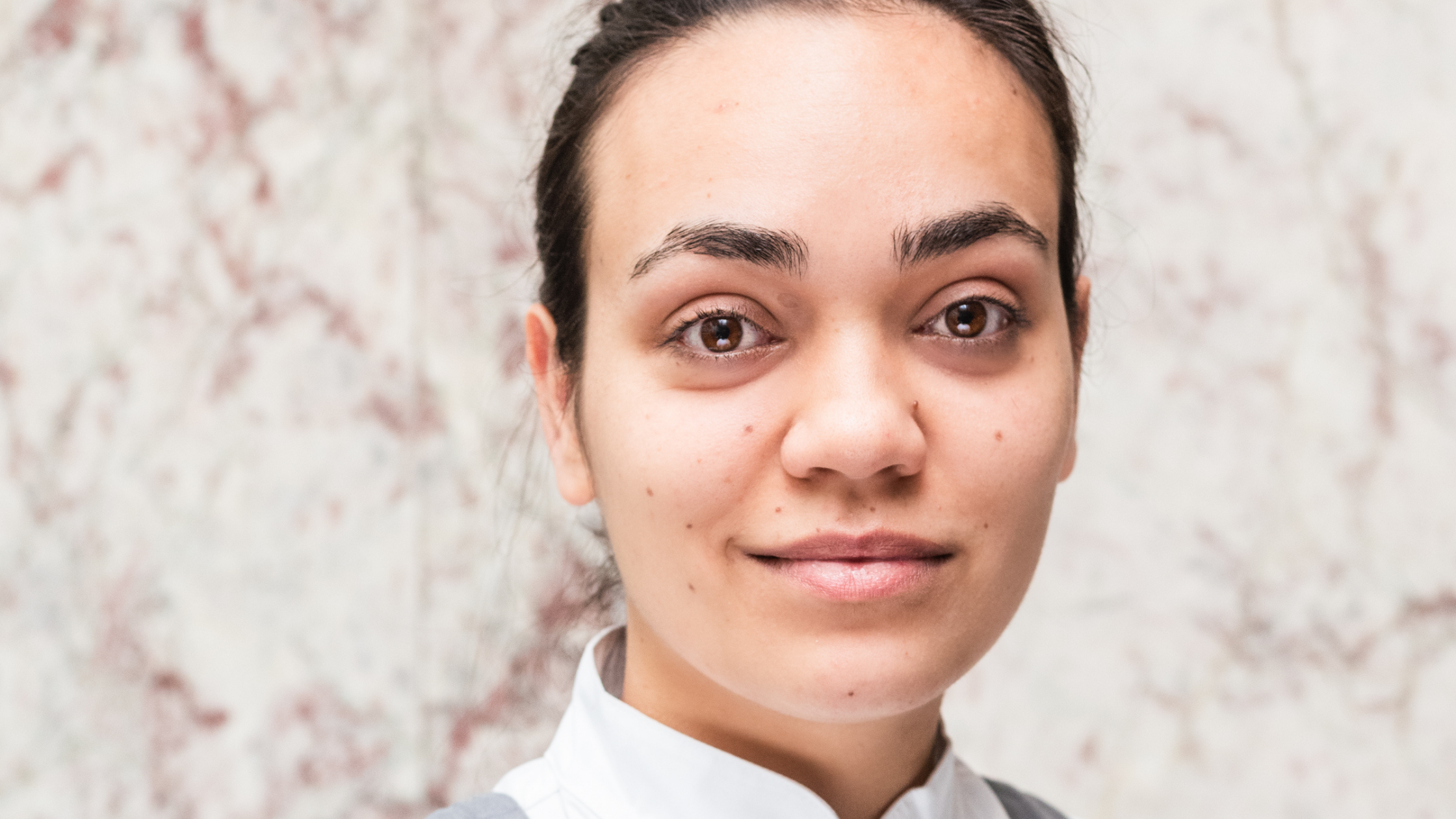 Jayde is from the Gamilaraay people of North Western NSW, and was initially inspired to join the NICI program after watching her cousin Keith doing a cookery demonstration for NICI at Barangaroo’s Blak Markets in 2019.

Intrigued with the idea of cooking as a career, she moved from the country to the city to engage in the NICI pre-apprenticeship program called Skills for Success, after which she was placed at Rockpool Bar & Grill.

“I had been doing a lot of housekeeping jobs, scrubbing toilets and making beds” she recalls. “This was a lot better!”

At the culmination of her three year NICI apprenticeship at the restaurant, executive chef Corey Costelloe invited her to be part of the full-time team. Passionate about baking and pastry work, she threw herself into a steep learning curve on patisserie techniques, and wowed the crowd at NSW Parliament House with delicate canapes for 200 guests at 2020’s Koori Kitchen Take-over.

When asked what she brings to the role of chef – a love of technique, perhaps, or the craft, or the camaraderie of the kitchen – she laughs. “I enjoy eating more than I enjoy cooking, to be honest.”

And her favourite thing to eat? “Right now, it’s a bacon and egg roll. With a nice gooey egg, and fresh bread.”

One day, the plan is to set up her own small business, so she’s trying to pick up tips on back-of-house work such as ordering in stock, and sorting wages.  “If I can’t get paid to travel the world and eat like Anthony Bourdain and Gordon Ramsay, then I’d like to run something small and cute of my own, like a teeny-tiny bakery” she says.