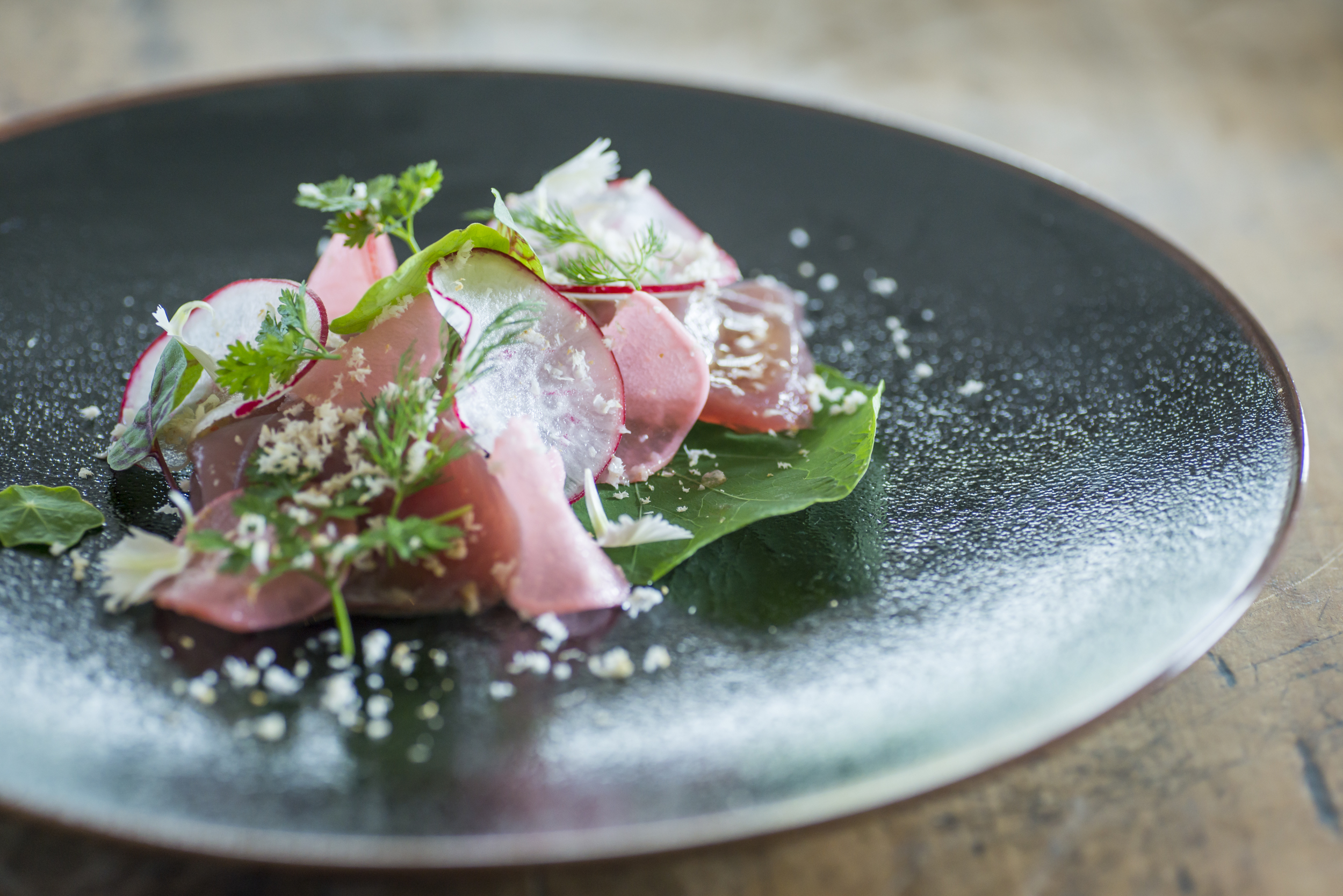 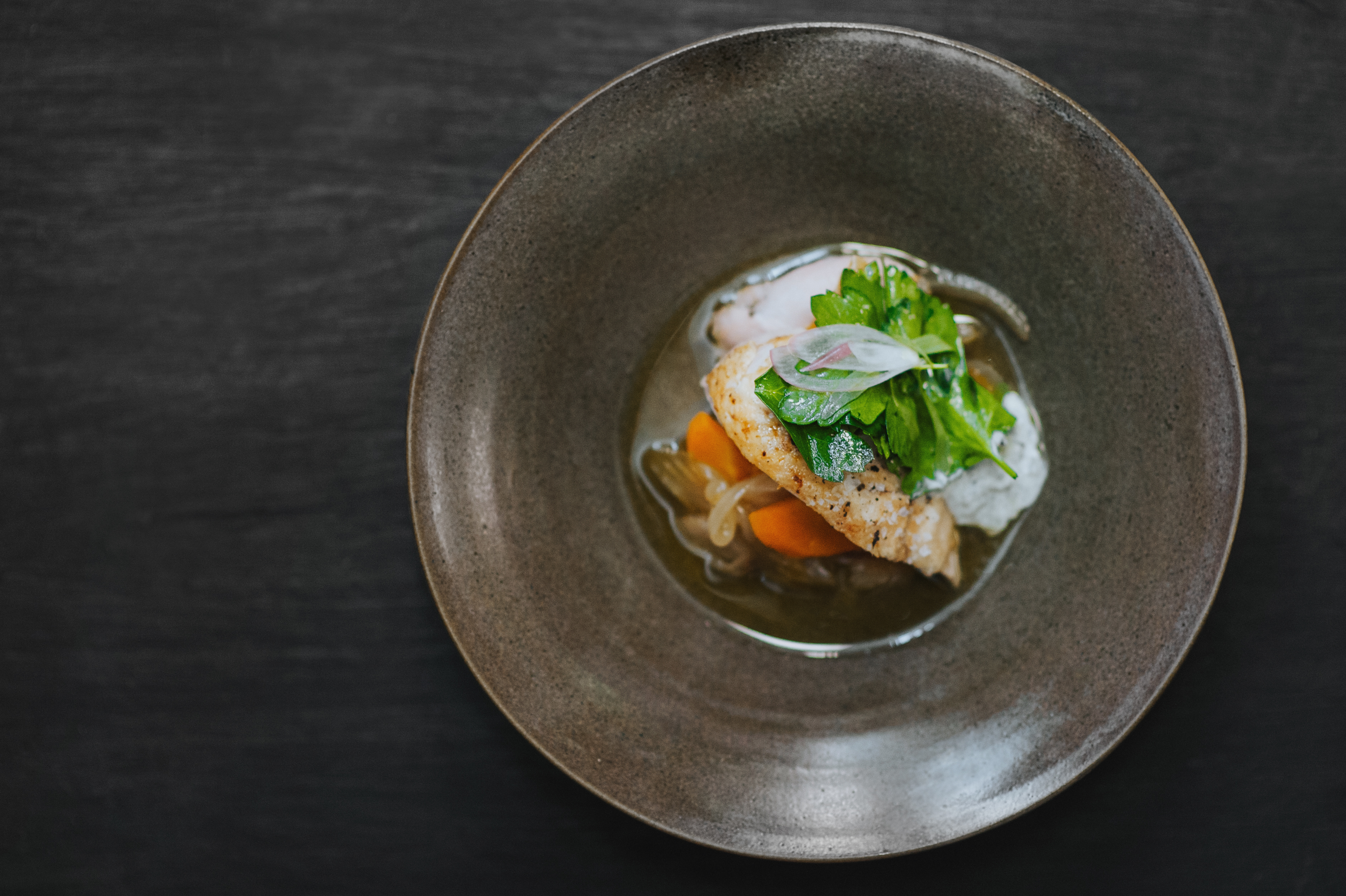 Join us in celebrating Australia’s culinary women of influence with an evening featuring an all-female alumni of the finest chefs in the country.

Join Alia Glorie, head chef of hatted Perth institution Billie H, WA, as she serves up her signature style of honest, but dynamic fare. Alia has been a player in the new wave ‘kind chef’ movement, and is a vocal advocate of the safe working environment.

Alanna Sapwell has, until recently, been part of the exciting team at Sydney’s Saint Peter – Josh Niland’s seafood restaurant that has been busy redefining the rules of dining and sustainability at every turn. We’re honoured to have Sapwell as at Good Food Month 2018.

From the McLaren Vale, SA, we’ve whisked away chef Karena Armstrong from The Salopian Inn, where she’s co-owner and head chef. It was a bit cheeky of us, given she’s just been ranked in the Top 100 in Australia’s Top Restaurant Awards, but she was obliging. Karena’s cooking is heartfelt and shaped by her own garden in the surrounds of wine country.

Hosting the evening will be Momofuku Seiobo General Manager, Kylie Javier-Ashton. Kylie is a stalwart of the dining scene and has worked at some of the best restaurants in Sydney; Tetsuya’s, Bentley Bar & Restaurant and Duke Bistro. She’s been active in some of hospitality’s extra-curricular endeavours, most recently participating in GROW; a not-for-profit event run by hospitality professionals, for hospitality professionals, aimed to educate and inspire the next group of leaders in our industry.

Join these exceptional women for an unforgettable dinner, and help celebrate the Culinary Women of Influence. 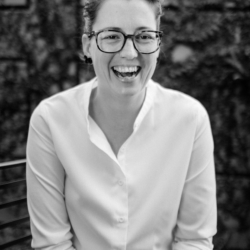 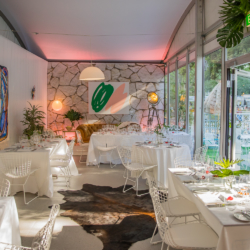 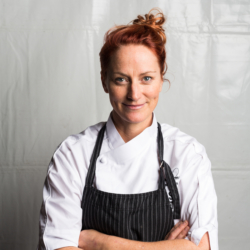 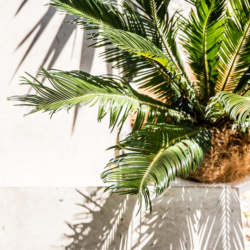 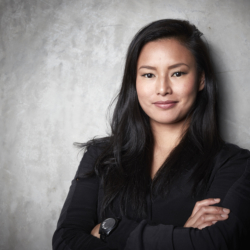 Are you part of The Australian Financial Review Women of Influence Alumni and community of supporters?

We invite the Women of Influence alumni community and supporters to our networking drinks on 18 October from 5:30pm – 6:30pm, before joining other guests for an unforgettable dinner. Limited spots available, please refer to the exclusive newsletter for more information on how to purchase tickets with your access code word.

Kylie started in hospitality in 2006, initially working in bars. Her first restaurant job was in
Tetsuya’s, and despite it being a daunting experience, she fell in love with that calibre of food and creativity.

Spending years refining her craft at Tetsuya’s, her next step was to go to Bentley Restaurant and Bar to learn more about wine with legendary Sommelier Nick Hildebrandt. Kylie’s next move saw her open Duke Bistro with Mitch Orr and Thomas Lim in her first management role. In 2012, Kylie started at Momofuku Seiōbo, where she was promoted from Restaurant Manager to General Manager.

Glorie grew up in Denmark, in an alternative upbringing that saw the family grow their own produce, and catch their own fresh fish for dinner. Her grass-roots childhood formed her attitude towards cooking, and her philosophy on food. Being the Head Chef of hatted Perth restaurant Billie H means that today she still prioritises a connection to her growers and producers.

Taking the time to build relationships with her producers, knowing their growing and harvesting stories, has led to her being able to talk to her patrons about seasonality, and showcasing, say, the restaurant’s stash of plums that have literally been picked that day fresh from a tree.

Glorie has been a key player in the new-wave ‘kind chef’ movement, and is an advocate of the safe working environment. Her restaurant is backed by seasoned restaurateur Daniel Goodsell, the man behind restaurants such as Balthazar, Il Lido and Bread in Common. We’re glad he saw her genius, and we’re happy to share Glorie’s passion for Good Food Month Sydney.

Sapwell decided to become a chef at six years of age, and started an apprenticeship while still finishing school. Sapwell completed her apprenticeship at The River House in Noosa under David Rayner, where the focus was on the importance of using the best quality local produce, and a menu that changed daily to reflect this.

She found the same ethos when she next headed to Italy to become sous chef at La Decima Musa, Florence. After Italy came a stint as head chef at Morino, Japan, before heading home to be head chef at Maison De Provence with Eric Pernod.

At 24, Sapwell started at Urbane, Brisbane, where the enormous pastry section pumped out desserts for four restaurants. She wasn’t daunted – and eventually became head pastry chef. Sapwell headed to the pastry section again over at Aquitaine, followed by Gerard’s, before she took a sous chef position at GOMA.

Landing at Saint Peter, she once again was able to prioritise local produce and best sustainability practice. As head chef, Sapwell was part of the team that saw Saint Peter awarded two chefs hats, and also come in at number three in Australia’s Top Restaurants 2018.

Armstrong is in the alumni of very talented chefs who served time in the kitchens of Billy Kwong, Icebergs and The Lake House. She felt the call of her home State, and she returned to take the helm of The Salopian Inn in the McLaren Vale, SA.

Armstrong’s menu is shaped by the fruit and vegetable garden the Salopian Inn is situated on, and the result is an honest, nod-to-the-country selection of dishes that change with seasonality. Armstrong plants the estate’s biodynamic garden herself, which, incredibly, provides about 70% of the kitchen’s needs on a good night.

She’s doing it all so right – she’s just been ranked in the Top 100 in the 2018 Australia’s Top Restaurant Awards.

She only uses local and seasonal produce, and says they have now added an additional bed-garden at the restaurant for those emergencies when they run out of veggies mid-service. You can’t get fresher than that.

This event is strictly 18+.

Entry will not be permitted to guests under 18 years of age.

Attendees must carry with them valid photo ID as proof of age and will be required to present this upon entry.

Please note that seating at this event will be at share tables and seating allocations will be advised at the event.  If you plan on attending this event with friends who are booking tickets separately, please notify us at time of booking and we will do our best to accommodate your request.